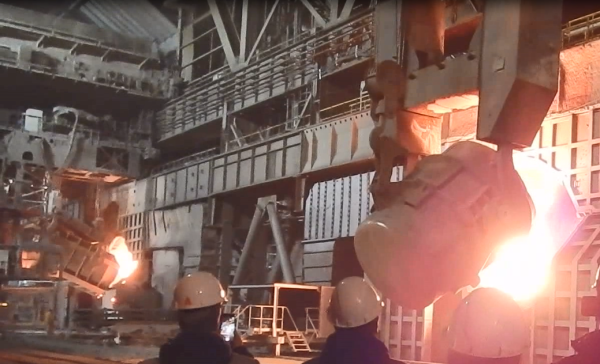 Primetals Technologies, a Metal-Expo regular exhibitor, has received the final acceptance certificates (FACs) from NLMK Group in Lipetsk, a Metal-Expo regular exhibitor, for the construction of off-gas systems at LD converters (BOFs) No. 2 and 3 at steel plant LD2. The project's targets were: reducing emissions at the steel plant to levels lower than European standards; improving the heat-recovery system to supply steam to the existing network; using the converter’s off-gas for further utilization; and increasing productivity. The latter was achieved thanks to optimal synchronization of the metallurgical aspects, the dedusting system, and the automation.

Due to challenges and concerns surrounding the pandemic, Primetals Technologies and NLMK joined forces and developed a special acceleration program to tackle pandemic-related issues. Thanks to these efforts, the project was completed on schedule.

The primary BOF off-gas system was replaced by a sophisticated wet dedusting system, achieving dust concentrations below European standards, representing Best Available Technology (BAT). Furthermore, the heat-recovery system was replaced by an advanced cooling-stack system for steam generation. The new secondary dedusting system was designed to capture any emissions that would have remained inside the plant or that were previously escaping through the roof.

The implementation of completely new Level 1 and 2 automation systems – including the metallurgical model Dynacon – greatly improved production. The modernization process was performed for both BOFs in series. Even tough the project was affected by challenges around Covid-19, both the commissioning and production ramp-up were completed in a shorter time than planned because of coordination and teamwork efforts from the involved parties.

NLMK Group is a leading international manufacturer of high-quality steel products. NLMK is headquartered in Moscow. As one of the world’s most efficient steelmakers, NLMK Group is, with 15.7 million metric tons produced in 2020, Russia’s biggest steelmaker. The main production site of NLMK, Lipetsk, is the core of NLMK Group’s international production chain, with assets in Russia, EU, and the US.

In March 2022, the company of MMK Group Lysvensky Metallurgical Plant ( Magnitogorsk Iron and Steel Works (MMK) , a Metal-Expo regular exhibitor, launched an industrial production of rolled products with coatings of a new generation - an anti-gr...

Russian manufacturer of railway wheels for high-speed traffic United Metallurgical Company OMK , a Metal-Expo regular exhibitor, has launched a new line for applying protective coatings to wheels at its Vyksa plant in the...

In the sinter shop of the Magnitogorsk Iron and Steel Works (MMK) , a Metal-Expo regular exhibitor, commissioning work is underway on the updated sintering machine No 12 of sinter plant No 3. The contract for the supply of sinter mac...