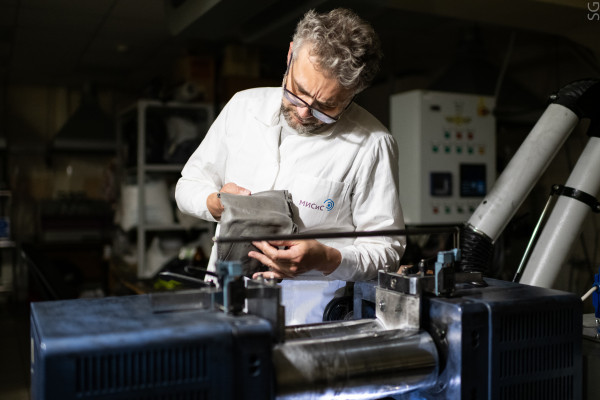 Scientists at MISIS University, a Metal-Expo regular exhibitor, and Skoltech have developed a technology for the production of a new composite material based on shungite and carbon fibers in a graphite matrix. Due to the combination of low density, high strength and chemical stability at elevated temperatures, it can be used to produce fuel cells, super-capacitors, and next-generation aircraft engine components. The work was published in Polymers.

Composites with carbon fillers are widely used in modern industry. They can be used for the production of units and equipment operating in extreme conditions, due to their unique properties — high chemical and temperature resistance. Unlike heavy refractory metals that are readily oxidized at elevated temperatures, carbon materials have exceptional high temperature resistance and low weight. At the same time, properties of different carbon materials vary a lot — from diamond to graphite.

Materials scientists are now developing a new class of composites consisting of various carbon reinforcing fillers in a graphite matrix obtained by carbonization, i.e. transformation of a polymer into a carbon material.

Scientists from MISIS University and Skoltech have presented the technology of fast and economical production of such composite and identified the optimal parameters for heat treatment to achieve the best performance in terms of “crack resistance” — that is, resistance to the initiation and propagation of cracks that largely determines the strength for brittle and quasi-fragile materials.

The composite synthesis process is similar to “baking” a “dough” made from an elastomer (a soft rubber-type polymer) reinforced with a “filling” at several temperatures above 180ºC. The short carbon fibre often used as a “filling” is however quite expensive and its available volume is limited. Therefore, in the new material the short carbon fibers were partially import-substituted with shungite. Shungite is a unique Precambrian rock consisting of almost 100% carbon that was first discovered in Russia.

The result of processing is the enrichment of the initial product with carbon accompanied by simultaneous restructuring. The easily shaped polymer is thereby turned into one of the most stable carbon compounds, such as graphite or diamond. Given the unique rigidity of these materials it is almost impossible to machine necessary part shapes from graphite or diamond.

The researchers expect the obtained materials to find use for the manufacture of key parts of fuel cells (devices for direct conversion of the fuel chemical energy into electrical energy without combustion), components of chemically resistant equipment, complex pumping equipment for oil production at record depths and in the harshest conditions (sand, hydrogen sulfide, temperature over 200 °C). Another promising area for the use of new materials will be to create a new generation of aircraft engine components.

The 28th International Industrial Exhibition »Metal-Expo« was held on November 8 -10 at the Expocentre Fairgrounds in Moscow. The exhibition remained one of the main platforms for exhibiting key priorities in steel production, e...

Metal-Expo’2022, the 28th International Industrial Exhibition was held on November 8 - 11 at Expocentre Fairgrounds, Moscow, Russia. The industry forum brought together more than 400 steel industry producers from Russia, and... 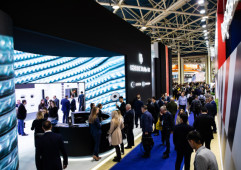 Three professional photographers took many pictures during Metal-Expo’2022 to capture exhibition stands, events, presentations etc. (the total of 10k photos were made). All the photos are now available on the C...

Metalloinvest and TGC-1 to Cooperate on Carbon-Free Energy

Metalloinvest and TGC-1 have signed an agreement on the development of long-term cooperation related to the production and acquisition of green energy. The signing took place during the 28th Metal-Expo International Indu...